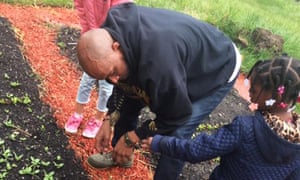 A white Detroit woman being sued by a black man in a high-profile case for repeatedly fabricating charges against him to police has hired an attorney who previously represented white supremacist leaders like Richard Spencer.

The case, whose victim said he was merely guilty of “gardening while black”, generated headlines around the country as another example of black Americans encountering racism, and the attention of law enforcement, for simply carrying out everyday activities.

Deborah Nash is now being represented by Kyle Bristow, a self-proclaimed alt-right attorney who in 2018 brought legal challenges against universities that denied Spencer permission to speak on campus.

Nash is a defendant in the lawsuit because she and two other white women accused Marc Peeples, a black urban farmer, of brandishing a gun, participating in a drive-by shooting targeting one of their homes, and being a convicted pedophile. The final accusation led to Peeple’s arrest, though none of the accusations were true.

A judge tossed that criminal case in October, calling it “ridiculous” and “disgusting” while admonishing police and prosecution for moving forward with it.

Peeples is asking the court to award $300,000 in damages. He and his attorney, Robert Burton-Harris, allege that the three women “knowingly fabricated all of [their] allegations” and “acted intentionally and concertedly to cause Marc economic harm and emotional distress”. Their behavior was “extreme, malicious, wanton, and outrageous”, the complaint says.

“I’m not surprised that Ms Nash hired Kyle to represent her in this matter,” Burton-Harris told the Guardian.

Bristow has a recent high-profile record in race-tinged cases in the US. After successfully pressuring Michigan State University to allow Spencer to speak there in March 2018, Bristow’s now-disbanded alt-right group, the Foundation for Marketplace of Ideas (FMI), organized a weekend-long conference that hosted Spencer and other white nationalist leaders ahead of the MSU event.

Non-profit forms filed by FMI describe Bristow as “one of the Alt-Right’s most vicious attack dogs”, and he characterized the group as an American Civil Liberties Union for the right.

When Bristow’s conference was disrupted by local media revealing its secret locations, Bristow announced that he planned to dissociate from the alt-right as the conference fell apart.

The Southern Poverty Law Center’s Bristow page highlights his record as an MSU student in the mid-2000s. During that time, he organized a “catch an illegal immigrant day” that was eventually canceled and led a “straight power” rally in front of the Lansing city hall.

Keen gardeners with a respect for nature and a passion …
September 8, 2017

With such extreme swings in temperatures and weather, it’s no …
January 7, 2019