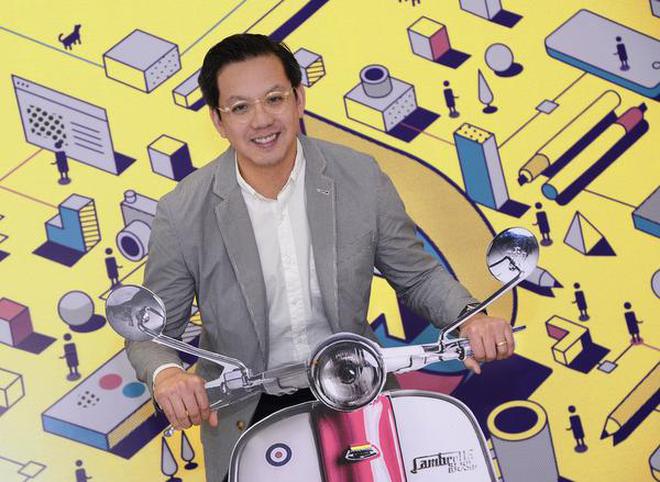 There’s more interaction between technology and design than ever before,” says Khoi Vinh, Principal Designer at Adobe, Design Chair at Wildcard and co-founder of Kidpost, who spoke at the recently held DesignUp 2017 conference.

“When digital technology first started becoming wildly available to consumers, there wasn’t that much design. There was some design, but the technology itself was so novel that consumers were willing to put up with some average designs or user experiences in order to get the benefit of that technology.”

But today, adds Khoi, as technology became more widely available and people got accustomed to its rhythms, it became apparent that for technology to succeed, it needed to be married to design.

“Now we have a situation where even the least tech-savvy consumer can recognise a good user experience and will expect it.”

What he means by ‘rhythms of technology’, he says, is that consumers have become accustomed to how technology fits into their lives a little bit more.

“In the early days, it was something new and you had to really arrange your life and your way of thinking in order to accept the technology and use it. Now even with new technology, people expect that by the time it reaches them, there’s a certain level of finish and a certain amount of design applied to it,” explains Khoi who was also co-founder and CEO of Mixel (acquired by Etsy, Inc.), Design Director of The New York Times Online, and co-founder of the design studio Behavior, LLC.

At the same time, he believes that people are still trying to strike the right balance between the way technology lets them see the world and the way the world actually is, even as the issue of accessibility across segments is still being resolved.

“If you think about technology, it’s not as simple. It’s not like people with means have access and people with fewer means don’t have access. In fact, to some extent, you could argue that people with means are often the guinea pigs for technology. They buy it earlier, put it through its paces and they suffer through its less efficient stages. When the technology matures and designers have learnt to work with it better, it gives more people access to it because along the way, it becomes cheaper to produce.”

On the other hand, he feels it’s also legitimate to say that there’s still a danger that only the rich are able to access some of the newer technologies during the critical stages of its evolution.

“In my role as principal designer, we believe that tools are critical in helping people succeed, they can be vehicles in their careers and in the society. If we can make better, easier to use, more efficient tools that help people accomplish their goals, help them express themselves and solve their problems, that’s going to help them succeed individually.

We hope that it will also help them build better products, experiences and solutions for society, at large.”

The challenge here, for him, is to make that process of designing or creating more seamless, with less friction or labour.

“We consider ourselves as charged with continuing to review the way people use technology and try to make it simpler, more robust and faster. That means, leveraging new technologies and best practices that we have learnt from the community and innovations that we develop ourselves.”

Tags:and design of Tech the Wedding

The number of students applying for art and design degree courses in …
July 22, 2017

deep division among Chinese astronomers over the design of a …
August 11, 2017