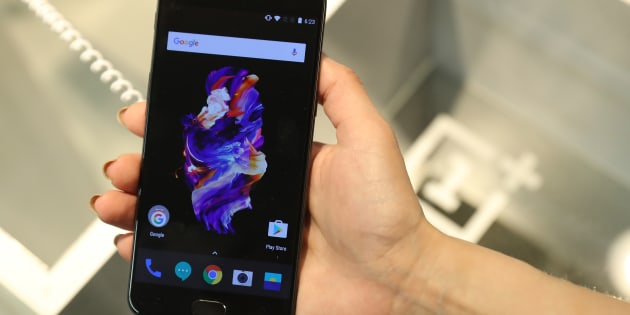 There is usually a day in September when gizmo fans and digital geeks the world over wait eagerly for Apple to reveal the new iPhone. Be it the iPhone or any other smartphone, a new device in the market can generate a fair amount of excitement.

When it comes to brand awareness and enthusiasm among both users and non-users, the iPhone maybe the top draw among smartphones, but it is certainly not the only one. Another phone brand that manages to generate its share of hype is OnePlus.

The geeks went crazy as soon as its first device, OnePlus One, was launched and it took another three years to please the mass-market as well. Both OnePlus 3 and OnePlus 3T, released last year, were great phones, and so it is only natural that expectations are high ahead of the launch of the newest OnePlus device this year.

As soon as the renders of OnePlus 5 began to appear online, it became clear that the device was going to have a dual camera set up. Later, when the phone design was leaked it also became apparent that the back of the phone resembled the iPhone 7 Plus. The front of the phone took design cues from its predecessors, though it did resemble the Oppo R11.

OnePlus devices have a unique design history. From OnePlus One with its sandstone back to OnePlus 3T, the phones stand apart from other devices. However, OnePlus 5 doesn’t seem to have that advantage. The question is — does it really matter?

If you look at the Oppos, Vivos and Xiaomis, you will find plenty in these Chinese devices that is similar. Yet they fly off the shelves. The case of OnePlus is a little different because it is aiming for a place among elite flagship smartphones. It has to have a unique design. Though, it is also true that OnePlus’ USP has been to make phones with great specs and sell them at a much more affordable price as compared to the flagships.

Which is why OnePlus 3 and OnePlus 3T were so popular. The software was good, the fingerprint sensor and the dash charging were amazing, and the phone was blazingly fast. Sure, the camera wasn’t top notch but it wasn’t bad either. OnePlus 5 retains much of these characteristics. Going by the early reviews though, it might have failed to build on it. While geeks maybe mindful of such details, perhaps the consumer will not care because the phone experience will still be fairly solid.

OnePlus remains a small company. As they have explained, in keeping with the trend they wanted to build a bezel-less display but weren’t able to get the components. Their dual camera setup also seems inspired by the iPhone and they will have to concentrate on the camera software to make it top notch.

When it comes to OnePlus phones, expectations are high. Their latest offering might not please everyone but they remain a contender for a place in the pantheon.

Tags:5s Anyone but Care design does is OnePlus Uninspiring

This decade has seen a paradigm shift in car makers’ …
February 3, 2017

Our selection of the most promising architecture and design roles …
January 20, 2020

Sales teams have Salesforce. Engineers have GitHub. But designers have …
July 11, 2017