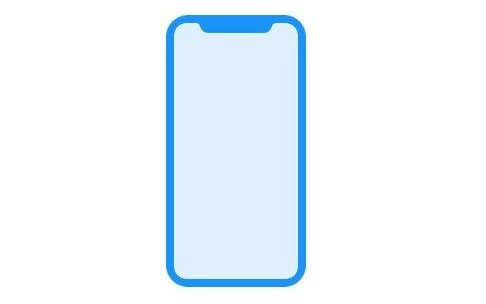 Apple appears to have inadvertently revealed the design of the upcoming iPhone 8 in the code of its new HomePod speaker.

The new device, set to be unveiled in September, will have a facial recognition security system and an edge-to-edge screen, the leak suggests.

The technology giant revealed the features in the firmware of the HomePod smart speaker, according to developers with access to an early release of the code.

Developers discovered information in the firmware that indicates Apple will replace the Touch ID fingerprint scanner and home button with an all-screen design and a “Face ID” infrared scanner that unlocks the phone using facial recognition software. An outline for the phone, also found in the firmware, reveals the iPhone 8 could have a screen that fills its entire front.

The leaked details appear to confirm previous rumours about the phone, which is due to be unveiled at the beginning of September but may not be released until later in the year. Earlier reports suggest the iPhone 8 will have an edge-to-edge screen that curves around the device.

The device marks 10 years since Apple released a phone and it is rumoured to have planned a drastic redesign. The iPhone 8 is expected to cost much more than the current models and is likely to be unveiled alongside cheaper iPhone 7s and 7s Plus devices.

It could be named the iPhone Pro or some other title, instead of 8.

Apple is expected to remove the home button in order to allow for more screen space, and is rumoured to place the fingerprint scanner either on the back of the phone or within the screen itself. Alternatively, it could do away with a fingerprint scanner completely in favour of the facial recognition security system.

Nature has found some elegant solutions to complicated problems and …
August 1, 2017