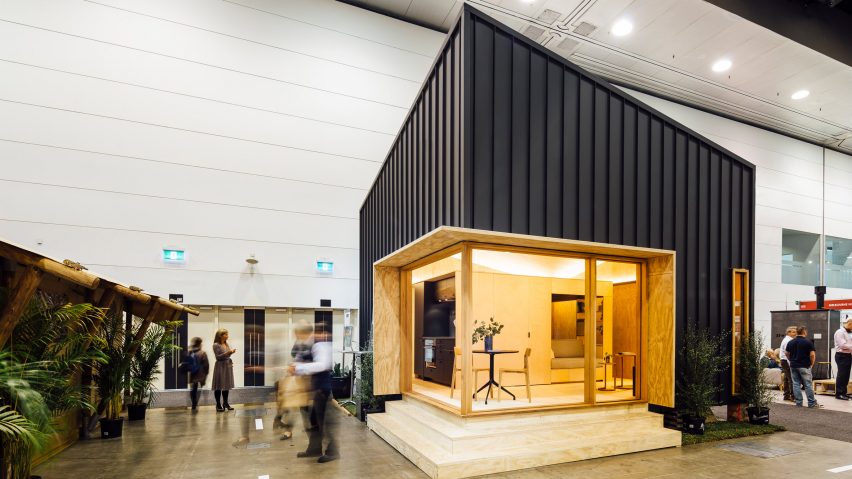 Grimshaw has designed a 35-metre-square micro home to raise money for Kids Under Cover, which supports homeless youth in Australia.

Designed to accommodate IKEA furniture, with a double-height ceiling and enough space for a queen-sized bed, The Peak was created to provide an affordable option for young people priced out of the housing market in Australia’s cities.

The prefabricated homes start at A$110,000 (£61,000), with the fully kitted out version costing A$150,000 (£83,000). All profits go to Kids Under Cover, a not-for-profit organisation that works to prevent youth homelessness in Melbourne, and the state of Victoria.

“We’d been following the tiny house movement for quite a while, and we wanted to produce something that had a bit of a different offering,” Tim Angus, associate at Grimshaw’s Melbourne office, told Dezeen.

“Typical tiny houses are seriously tiny and essentially a studio space, like a developed caravan. What we were looking to provide was more of a liveable, high quality piece of design with a small size and at an affordable price point.”

Grimshaw became involved with Kids Under Cover in 2017, after winning the charity’s Cubby House Competition. The new tiny homes are sold by Nestd, the new business arm of Kids Under Cover, with all profits going to tackle youth homelessness.

High ceilings give residents a greater sense of space inside, and creates enough space over the central kitchen, bedroom and bathroom area for a second loft bedroom. 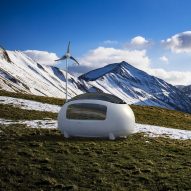 Prefabricated modules are engineered from high quality laminated timber, and by using dimensions of IKEA modules to define the interior layout, owners of The Peak can fully customise their kitchen, bedroom and bathroom while keeping the price low.

The tiny house can be hooked up to the mains or go completely off grid, as the roof has capacity for up to 16 solar panels. Raised floors provide enough room for a water bladder to sit underneath, and the house can accommodate a composting toilet.

Grimshaw hopes that its carefully designed tiny homes could offer a solution for young people struggling with the Australian housing crisis. Homes in Australia’s cities can be expensive, with its capital Sydney ranking as the tenth most costly city to buy property in the world.

“We think its really exciting because it addresses affordability, and addresses housing density,” said Angus.

“You can imagine it in the backyard of an existing house, but you can imagine tiny house subdivisions and the design of tiny communities. We’re really keen to explore how we’d design new neighbourhoods around tiny houses,” he added. “It does solve so many really big issues.”

Micro homes are becoming increasingly popular as architects work to find solutions for housing shortages around the world.

In the Netherlands Ana Rocha Architecture has designed a skinny micro home, which fits in 50 square metres of living space over three stories, with furniture made from plywood, and Slovakian firm Nice Architects created an egg-shaped micro home that can operate off-grid and retails at just £70,000.

On a slightly larger scale, Grimshaw’s Sydney office has been working on an office tower that will appeal to the “millennial worker” with double-height floors and views of the Opera House.

Clayton, a Berkshire Hathaway company and a builder of manufactured, …
May 10, 2017

An emergency family shelter made of tiny houses will open …
November 22, 2017

Amazon sells just about anything and everything you would ever …
October 4, 2019