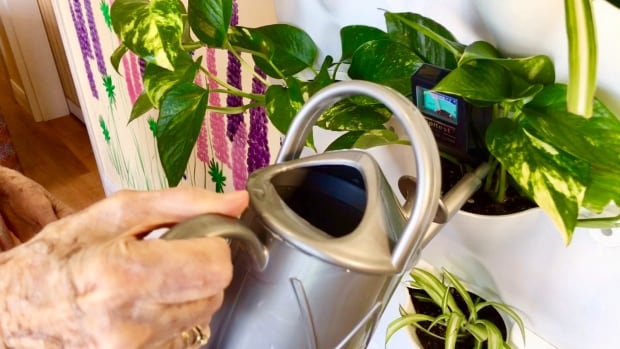 It’s officially February, with the cold dark days of January soon a distant memory, and that means lots of gardening work to do.

Master gardener Brian Minter says the way gardening is viewed has changed significantly in the past few years.

“The perception of gardening was that you had some vegetables and a few flowers that you grew, but that is so far in the past right now. We’ve moved on dramatically,” he said.

Now, it’s just as much about the environment, nutrition and engagement as it is about potted plants, he told CBC guest host of B.C. AlmanacJason D’Souza.

“It’s okay for me to have a planter out there, but far better if that planter attracts bees and provides nectar for them,” Minter said. “[People] care about the environment and that’s part of this process.”

In particular, Minter said he’s noticed that the younger generation is expressing more interest in learning to garden.

“Young people are foodies, they love and appreciate food,” he said. “The truth is they want to be engaged.”

One of the most popular edible plants to grow is basil. If a basil plant is looking peaky, it maybe be that it is too early in the season for the plant — don’t pick up basil until the middle of June, Minter said. And be careful not to overwater it.

“You want to keep them really quite dry,” he said. “Buy them late, they love the hot sun, and don’t overwater them and you’ve got it made.”

His number one piece of advice, though, is to just get started — pick up some seeds, join a community gardening group or start planting.

“Just get going, you learn so much just by doing,” he said.

Tags:advice and beginners foodies: for from Gardener Gardening Master millennials

Gardening, like many fads of yesteryear, has once again become …
July 12, 2017

In today’s hyper-busy world, any volunteer group that has lasted …
February 9, 2019