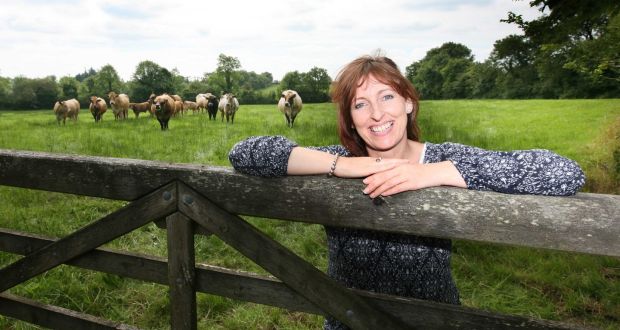 Aileen McGee from Buncrana, Co Donegal, said she was a recluse this time last year. “I was a recluse because my son was a recluse. Cian is 19 and is severely autistic,” she explained. When Cian finished his post-primary schooling he had nowhere to go. “There was no follow-up, no phone calls no one asking what is Cian going to do now, no programme,” she said.

The impact was dramatic. “He became a recluse. He stopped washing. He was banging his head off the fireplace. Autism is not pretty.”

McGee trawled the internet in desperation and learned about social farming. Her son was allocated a placement through the Camphill community, an agency for adults with intellectual challenges, based in Ballybay, Co Monaghan. “Social farming has breathed life into my son,” she said. “Being out farming and gardening has changed him. My son has a life now. I hope all my three children can grasp life’s opportunities, as Cian has now. He is now in full bloom.”

Aileen, who under the name Aileen McCallan wrote A World of Our Own – a book about living with autism – says the title no longer applies in their case. “Cian has gone from someone who was a recluse who had totally regressed and who had no services to someone who has a reason to get up every morning. He loves it. He has a purpose in his life and like everyone that is what he wants.”

Tags:a and being changed farming Gardening has him life my now out son

Summer is winding down, which means it is once again …
September 7, 2017

Before he clocks off ­tonight at Broughton Grange, Andrew Woodall …
September 21, 2017