A regular on BBC Two’s Gardeners’ World, Adam Frost runs courses at the farmhouse he shares with wife Sulina, and children Abi-Jade, Jacob, Amber-Lily, and Oakley.

I had a dream of setting up a gardening school, and although our Lincolnshire farmhouse has a big garden, Sulina had to persuade me to go and have a look at it. It has five bedrooms and nearly three acres of land, but what sold it to me was the awesome wisteria climbing up the front. The scent was amazing!

We didn’t know how old the house was when we moved in two years ago, but I’ve unearthed a stone dated 1702. The property has been extended and added to over the years and the garden has been pared back. I want to return it to its former glory, and have already cleared out the original orchard and restored the yew hedge and robinia grove.

Moving here surpassed our expectations. The house had already had a lot of work done, and Sulina is doing up the children’s rooms. She also likes to restore furniture and we sometimes go to auctions together.

When I was 15, my family moved from Essex to Devon – it was hard to leave everything I’d known. My relationship with my father wasn’t great, I disengaged with education and by 16 I’d moved out, looking for a job.

My only choices were joining the army, becoming a chef or doing gardening work. I very nearly joined the army, but I’d always enjoyed helping on my grandparents’ allotment so I got a job working in the Devon parks, which is when I fell in love with gardening.

I was incredibly lucky to get a job with the legendary Gardeners’ World presenter Geoff Hamilton when I was 21. Working for him had a huge influence on me and cemented my passion for plants. When I first appeared on Gardeners’ World, I received a text from Geoff’s widow, Linda, saying how proud of me he’d have been. I sat watching the programme
with tears rolling down my cheeks. 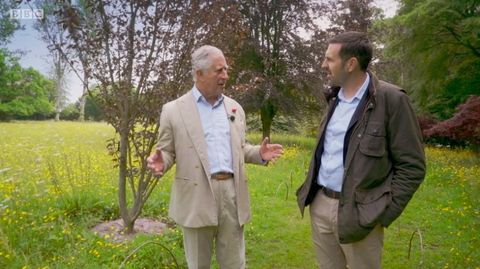 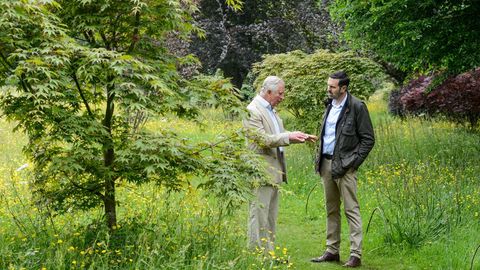 People often ask what my favourite flower is, but it’s like choosing a favourite child – it can change hourly depending on who’s being nice! I’ve got a soft spot for peonies at the moment, and species roses. A lot of my gardening is driven by memories. I planted a candy floss tree, which smells of burnt toffee when the leaves crunch in the autumn, and it reminds me of Geoff, too. Hardy geraniums, tomatoes and fresh cut grass remind me of my nan; and ferns and yukkas remind me of my other nan.

I’ve got four lovely children and I wanted them to have a better childhood than my own. We’re a tight-knit bunch and I can’t think of any better place to live than here. The girls have their own horses and the boys have space to play football. Weekends are spent watching from the sidelines at matches and taking the girls to pony club events.

For me, gardening isn’t about getting the perfect end result, it’s about the journey and those little moments you have along the way. It could be the sound of birdsong or a flower popping up somewhere unexpected. I find being outdoors both relaxing and invigorating at the same time. Some of the happiest times are when the whole family’s together in the garden, we’re cooking with the pizza oven and the sun’s shining. Life doesn’t get much better than that. 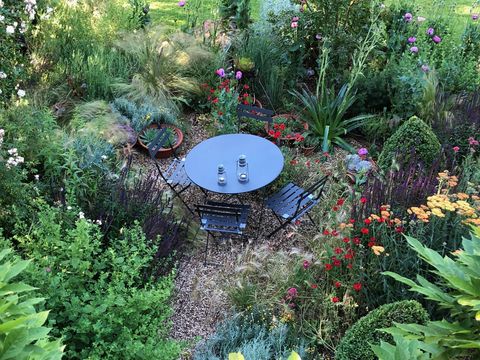 Tell us about An Tobar Community Wellness Centre and how …
September 14, 2019